Influence of Indian Cinema and Theatre on Society

The earliest form of classical theatre of India was the Sanskrit theatre which came into existence only after the development of Greek and Roman theatres in the west. (Despite its name, Sanskrit theatre was not exclusively in Sanskrit languageOther Indic languages collectively called as Prakrit were also used in addition to Sanskrit).

Indian theatre has an unbroken history of over two thousand years. Almost contemporaneous with Aristotle’s poetics, ancient India produced an encyclopaedic manual on theatre called Natyashastra ascribed to Bharata, which became the basis Indian performances genres for centuries to come. This means that there already a rich tradition of performance practice long before such a work appeared. The aesthetic theory of rasa briefly but cogently expounded in NS influenced Indian aesthetic theory and practice for more than a millennium.

The first millennium was also characterized by the great harvest of Sanskrit drama by pre-eminent play-wrights like Bhasa, Kalidasa, Shudraka, Vishakadatta, Bhavabhuti and Harsha. This body of works compares in its range and power with the dramatic output of other rich theatre traditions of the world ancient Greek theatre and Elizabethan theatre. The glory of ancient Sanskrit drama ended with the first millennium. The medieval period witnessed the emergence of regional language literatures in which did not produce dramatic works comparable to ancient classics. However, folk and ritualistic theatres flourished throughout this period. Some innovations happened in religious drama, thanks to socio-religious reform Bhakti Movements, which engulfed the subcontinent during the medieval era.

Against the background of this rich tradition, Indian drama was reborn during British colonial interregnum in 18th and 19th centuries. The impetus came from two sources: the rich heritage of Indian drama and the exposure to Western dramatic classics through English. Translations started appearing simultaneously of Sanskrit classics and Western classics, particularly Shakespeare. Till now drama had not developed as a major literary genre in Indian languages. Drama now began to flourish as a cherished literary genre alongside the modern genre of fiction, also a response to Western influence.

There was corresponding unprecedented development in theatre: the rise of urban entertainment theatre. This arose in order to provide entertainment to the increasing population of big cities consequent upon industrialization. The new urban theatre is popularly known as Parsi theatre. This genre was an interesting mixture of Western Naturalistic drama, opera and several local elements. Spectacle based on huge settings and colourful backdrops was an essential part of it. The stage was normally divided into front and back for the staging of main and subsidiary action. Music was its life-breath. The actors of this theatre were also great singers. The acting became naturalistic and melodramatic in contrast to the stylized techniques of traditional Indian theatre. Parsi theatre productions chose their story-lines from diverse sources: popular mythological, folklore and contemporary life. 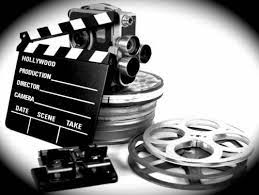 There were also adaptations of Western classics like Shakespeare and Lessing. Unlike traditional folk and tribal theatre Parsi theatre was acted out in interior spaces, now called proscenium theatre. Geared to amuse urban middle and working classes this theatre produces a pot pouri of melodrama, humour, romance and social criticism. Having developed in newly emerging big cities like Kolkata, Delhi, Mubai and Chennai form late 19th century, this form of professional theatre performed by professional groups, sometimes travelling, was the only source of mass entertainment before the emergence of cinema. With their emphasis on music, spectacle and melodrama, their productions became the paradigms for Indian cinema. Except in some states like Maharashtra and Assam, entertainment theatre was gradually supplanted by popular cinema by 1970’s.

Though entertainment theatre thrilled masses, it elicited criticism from sensitive sections of modern Indian population, particularly from educated people. This paved the way for literary drama and amateur theatre. Literary drama was the output of great Indian language writers in different parts of India. The most famous of such playwrights was Rabindranath Tagore, who enriched the genre of drama as much as he enriched poetry and fiction. Disillusioned with contemporary popular drama, Tagore created his own drama and theatre with no precedents in East or West, though borrowing elements from both. Some of his plays like Chitrangada, a musical play and Post-office, became internationally well-known and performed in Europe and North America. His plays, which are the classics of world drama, were orchestrations of rich poetry, symbolism, socio-political criticism and cosmic vision. They were also prophetic in his understanding of experience as they critique excesses of technological development as in plays like Muktadhara and Roktokoribi.

An archetypal work of socialist realism is the Telugu classic Kanyashulkam by Vireshalingam Pantulu. This play is an atack on dowry-system that part of Indian marriage. It became immensely influential because of its reformatory appeal. Another prolific author who wrote plays on social evils like caste system, exploitation of women, religious hypocrisy was the Kannada playwright Adya Rangachary (Sriranga). The elements of social criticism were also present in entertainment and literary theatre though mixed with several other elements.

Socialist realism was associated with IPTA (Indian Political Theatre Association) experiments. IPTA was a group of artists belonging to Leftist intelligentsia. Though its manifestations were varied from region to region they were all wedded to the view of theatre as a means for social change. The regions where this movement was strongest were Uttar Pradesh, Delhi, Maharashtra, Bengal, Punjab, Andhra Pradesh and Kerala. The North Indian versions of IPTA were mostly influenced by socialist realist works of Howard Fast and Maxim Gorki. Bhisham Sahani is an example of this kind of drama. In the South, efforts were made to reconcile social message with traditional forms. The most renowned of such plays is a Malyalam work, Ningal Endai Communist Akki (You Made Me a Communist) by Toppil Bhasi. The legendary production of this musical play is said to have paved the way for the first ever elected Communist government in Kerala.

Soon after India’s Independence in 1947, the theatre scene began to change radically. The impact of IPTA began to wane. Entertainment theatre received a set-back due to the challenge of the more popular genre of cinema. Amateur theatre continued to flourish in big cities like Delhi, Mumbai, Kolkata and Bangalore.  In Kolkata two important theatre stalwarts emerged: Utpal Dutt and Shambhu Mitra.The former made significant contributions to political theatre after the waning of IPTA. A playwright, director, actor and producer, who had parted ways with IPTA, he did several memorable productions like Teen Talwar and Surya Shikari which made a deep impression. The influence of Socialist Realism was clearly discernible in his works. His another important contribution was the reworking of the popular folk theatre Jatra and making it a vehicle of communicating contemporary political messages. Shambhu Mitra, on the other hand, focused on finetuning the aesthetic form of Theatre. His production of Tagore’s Rakta Korabi was a widely acclaimed work.

Since its beginning with the film ‘Raja Harish Chandra’ (1913), the cinema has remained the most powerful media for mass communication in India.

Since its beginning with the film ‘Raja Harish Chandra’ (1913), the cinema has remained the most powerful media for mass communication in India. Cinema has the ability to combine entertainment with communication of ideas. It has the potential appeal for its audience. It certainly leaves other media far behind in making such an appeal. As in literature, cinema ahs produced much which touches the innermost layers of the man. It mirrors the episodes in such a manner that leaves an impact on the coming generations. Cinema presents an image of the society in which it is born and the hopes, aspirations, frustration and contradictions present in any given social order.

There are variable views about the effects of cinema. Producers and financiers consider it as a tempting and lucrative business. For actors and actresses, it is a means to earn money and popularity among masses. The director, story-writer, song-writer and cinematographer take it as an art work. To some, it is an audio-visual translation of literatures and has its own message. As for government, it is a potential source of revenue and employment. For majority of cinema-goers, it is nothing but a cheap and interesting form of entertainment and pastime. Whatever may be the reason, cinema has occupied a major share of market for its cine lovers.

In the present era, cinema is getting replaced by small screen productions. Televised serials and programmes are replacing craze. They advertise and earn revenue for industry. Thus films telecast has become a source of further income for the industry and trade.

Man has instincts, different thoughts flow which leave an effect on the minds. The person laughs with the films and tears with them. Scenes of ‘Shaheed Bhagat Singh’, a film by Raj Kumar Santoshi and Manoj Goswami makes people national-minded and sentimentally involved in the film show. The fim dialogues are occupying places in our real life. Dialogues of Mugle Azam found place in the normal interaction of people for a long time. People talked and walked like Prithvi Raj, the great king Akbar. In the same way, plays by Agha Hashat and Devdas by Sharat Chandra left a deep impact on the masses. In the same way, film ‘Sholey’ created an imending effect on so many.

It is always good and well groomed to see good subjects on cinema. They have a very positive and long-lasting effect on the minds whereas cheap and shabby movies affect the tender minds of audience very badly. There is general feeling that present day crimes are all due to effects of cinema. Besides open and demonstrative subjects throw tarnished messages. They spoil our culture, and society. Cinema and TV badly affect the health of the youngsters. They neglect studies and physical games to spend more time on this entertainment. School-going children and society children fail to make use of good impacts and are influenced by the bad part of the programmes on the air.