Role of family, society, and educational institutions in inculcating values

Family is the most important platform for a child to learn, especially during the early stages on one’s life. Many of beliefs and opinion are directly imbibed by an individual, from his family. We learn about the different social relations, responsibilities, religious ideas and codes of conduct from our family.  It is often believed that a Mother is the first teacher. She plays a foundational, central and life-shaping part in the development of the child. A child gets the basic awareness, self confidence, self-satisfaction, principle of sacrifice and love from his mother. The deep emotional connection between a mother and a child ensures that the mother teaches her child all that is good.  A family is the home of values like- kindness, sharing, cooperation, love, friendship, generosity, compassion, responsibility and service. Thus, a family performs a very formative function in the society. It is only through the institution of the family that the cultural heritage of the society is maintained.

It is only in the family that the child learns to think about ‘Us’ instead of ‘Me’. Through the appreciation of good behaviour, and punishment for the bad behaviour, the child learns about the socially acceptable norms and values.  It is because of such significant role of the family that- when a family breaks, there can be blame, resentment, distress, and an emotional scar on the character of the child. A bad familial experience can serious hamper the development of the moral-mental capabilities of the individual. In fact, a significant number of the outlaws and criminals have been found to be coming from such broken families.

Education is an effective and pervasive phenomenon for all round individual development and social transformation. This alone can sustain culture and civilization. A balanced development of mind and body in harmony with the spirit is the key to the enrichment of human personality and an outcome of value–based education, which must in the ultimate analysis help humanity to transcend to a higher level of consciousness. Our children must from their infancy be taught the dignity of labour.  Thus, the true meaning of education is harmonious development of head, heart and hand i.e., enlightenment of mind, compassion and dignity of labour. Moral and spiritual training is an essential part of education. If education is to help us to meet the moral challenge of the age and play its part in the life of the community, it should be liberating and life giving. It must give a basic meaning to one’s existence and equip us with the ability to overcome spiritual inertia and foster spiritual sensitivity. Temples of learning should produce men and women who will move together to develop common ideals and purposes, love each other and co-exist to create common wealth. 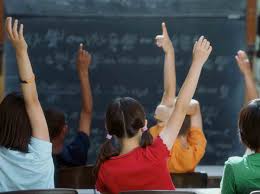 Education is not injection or injunction. It is not indoctrination of views and ideas or just an imposition of one’s views upon others. In short, education should not be an infliction, because the moment it becomes an infliction, the consequence is indiscipline amongst learners. A vast responsibility rests on our educational institutions and those who guide their destinies.  They need to be alert and should not wander from the right path even when passion convulses the multitude and blinds many amongst those whose duty is to set an example to others. If these are the ideals and objectives of education, how can we achieve these in the existing scenario of education which is in a state of anarchy and chaotic condition at all levels – primary to higher education. Educational system in India today is in a critical state – resistant to change and in danger of becoming irrelevant.

Thus, it needs a drastic reconstruction – almost revamping. The greatest challenge the world is facing today is the crisis of confidence and character, mental and moral decay and break down of rich traditions.  The root cause of all these is fear, hatred, greed, prejudice, intolerance and violence.  Therefore, efforts need to be made to eliminate these divisive forces, which is possible only by value-based education that involves harmonious development of the body, mind and spirit.  True knowledge consists of self understanding and self-control. Non-violence seems to be the highest form of knowledge. If education has to serve the humanity and defuse human suffering.

it must teach and train us to respect each other (universal brotherhood), love each other (universal love), practice compassion and uphold the dignity of all lives. Then only one will have peace. In a world which is primarily split between a few haves and majority of have-nots, tensions, diversities, self-centered vision, violence, terrorism and consumerism are creating a dreadful scenario of a bleeding world and a blood splattered humanity. In this chaotic atmosphere, value–based education is the only hope for synthesizing the moral fabric of an individual and generating a culture of peace in the society. Education must aim at the development of moral, spiritual and ethical values and we should seek them in our own heritage as well as in progressive cultures and civilizations. It should be such that Indians do not lose sight of their rich heritage – their thought must be rooted in the ideals set forth in the great writings and works of our sages, poets and philosophers. The noble goals and high values set forth in our precious culture must be adhered to. It has been emphasized time and again that conscious efforts should be made for the development of social, moral and spiritual values with the help of ethical teachings of the great religious teachers.

Teachers can play a vital role in this regard. A teacher must succeed in conveying the larger ideals of service to the community, virtues of tolerance and respect for all faiths, importance of character, integrity and discipline and the value of humanism to his pupil. The later should also be made aware of our heritage and culture. They should develop a mature attitude towards religion. Acquaintance with prayers of different religions and hymns and songs of various faiths may also help young minds to recognize the intrinsic purity, beauty and practical usefulness of different religious thoughts. A UNESCO report on education for the 21st century entitled Learning. The Treasure Within also pleads for an education which is ‘rooted in culture and committed to progress’. Developing a harmonious and integrated personality would just not be possible if the system does not inculcate values embedded in the culture, heritage and traditions. Indian heritage, culture and values need to be thoroughly studied, analyzed and incorporated comprehensively in the educational system right from the pre-primary stage to higher education.

Injection of information into young minds has been taking place on a massive scale, but character and personality development has not received the attention it deserves. Creation of the right environment which helps and encourages young minds to resolve personal and moral issues independently is of utmost importance. Although it is not an easy task but it needs to be done at all costs.  Since character of people may decide the destiny of a nation, the educational system should develop character, courage, comradeship, discipline, leadership, secular outlook, spirit of adventure and sportsmanship, and ideals of selfless service.  Emphasis should be laid on the study of the life of great sons of the soil whose ideas and ideals have moved the world, because such a practice may provide an insight to the younger generation for character development and spiritual sensitivity.

Scientific knowledge and advancement of technology have influence our contemporary society. With this advancement, society gains material power which may be used for man’s welfare or for his annihilation. This power is so vast by which man can fulfill their needs reversely man can destroy himself as well as his society. Cause of material development society hoped that knowledge will be doubled. This advancement create a difficult problems causes of rapid and radical change of knowledge makes a uncertainly in human thinking. In this contact human thinking is being imbalance which leads crisis in thinking. In this respect D.S.Kothary said “A knowledge based world and certain measure of unpredictability general of not much avail in dealing with the problems and challenge in a rapidly changing uncertain world.

Every society its own rules customs, language and religions which is based on some social ideals and these ideal is nothing but a value as modern ideals more powerful than the old ideal and modern culture occupies new place of old culture. As a result social agency social institution could not keep control and balance over society. That is why society loss her stability gradually new material change is running fast where old culture can not casually with new advancement so there is made a silent gap sociologists call it social cultural crisis different type of crisis are seen in modern society cause of environmental degradation, multicultural conflict misuse of science and technology, inequality ill effects of multi-media, globalization commercialization immigration, migration, industrialization etc. multi culture, multi religions, multi lingual factors creating conflict. As a result men are rejecting their own culture values ideals which promotes crisis.