Rajasthan had inherited poorstatus in respect of development of industries. Hence, to boost up the economy of the State through planned development, both the State Government and the private sector are making sincere and dedicated efforts for speedy development of various type of  Industries, since the very beginning of five year plans. Industrialization is considered one of the foremost modus to stimulate the overall growth of the country. “Make in Rajasthan”, the endeavor for industrial accretion in the State, has emerged on the same ground of industrial revolution, the “Make in India” in the country. For substantial employment generation, revenue creation and contribution to State Domestic Product, industrial sector of the State is committed towards Various departments/corporations agencies are functional in the state to promote industrial development and for facilitating establishment and expansion of small, medium and large scale industries and meeting their various requirements, either directly or by discharging the responsibility as the strong facilitators. 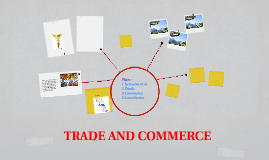 The natural resources, policy incentives and infrastructure in the state are favourably suited for investments in sectors such as cement, IT and ITeS, ceramics, tourism, automotive and agrobased industries.

Rajasthan has a leading position in the production of polyester viscose yarn and synthetic suiting material as well as processing of low-cost, lowweight fabric (at Pali, Balotra, Sanganer and Bagru).

ASIDE scheme is aimed at development of infrastructure facilities for export promotion with the assistance of Central Government. Out of 31 schemes approved, work on 26 schemes has been completed and work is in progress on 5 schemes. An expenditure of 351.62 crore has been incurred on these projects during financial year 2016-17 (upto December, 2016).

Bureau of Investment Promotion (BIP), is the nodal agency for investment promotion in the state, was established in 1991 to facilitate large investment in the state. BIP serves as a one-stop knowledge house with respect throughout the ‘conceptualization-tocommissioning’ stage. The most important role of BIP is in facilitating speedy clearances from various departments, addressing investment concerns and clearing bottlenecks.

Rajasthan Single Window Enabling & Clearance Act was enacted to provide a single window facility to investors by ensuring a time bound response on investment applications. BIP is the nodal agency for investments of more then `10 crore under the Single Window System. In an effort to renew the image of Rajasthan as the preferred investment destination, the second edition of the Resurgent Rajasthan Partnership Summit was organized on 19th and 20th November, 2015 at Jaipur Exhibition & Convention Centre. As a result of the proactive effort to reach out to investors and through road shows, and Resurgent Rajasthan Summit, a total of 470 MoUs worth `3.38 lakh crore were signed.

Development of Special Parks by RIICO

RIICO has signed a MOU with JETRO, an Japanese Organisation wherein Japanese companies will set up their industrial units at Neemrana Industrial Area, District Alwar, Rajasthan. Several multinational companies such as Nissin, Mitsui, Daikin, Mitsubishi and Dainichi color have already got land allotted in this industrial area for establishing their units. RIICO has so far allotted 433 acre land to 47 Japanese companies in this area. Out of it, 43 companies have started commercial production.  A total investment of 4,226 crore is expected on the already allotted land and employment opportunities generated is approximately for 9,600 persons.

RIICO has signed an MoU with Korea Trade Investment Promotion Agency (KOTRA). In pursuance of this MoU, a Korean Investment Zone in Ghiloth Industrial Area, District Alwar has been set up.

Innovative Schemes/Initiatives taken up by the Corporation

Mahindra group has established an SEZ in partnership with RIICO in Jaipur with an expected investment of `10,000 crore. In this SEZ, various zones shall be established for industrial units of different sectors. Presently IT, Engineering and

Handicraft SEZ’s have been established in the State.

Gems & Jewellary SEZ and IT (Second Phase) SEZ also have been notified by the Government of India. An investment of `3,120.00 crore has been made in Mahindra World City (Jaipur) Ltd. In Financial Year

Electronic Manufacturing Cluster has been developed to attract investments in Electronic System Design and Manufacturing (ESDM) in Industrial Areas of Karauli and Salarpur of District Alwar.

Two Special Economic Zones (SEZs) based on Gems & Jewellery have been established at Sitapura, Jaipur by RIICO. During the financial year 2016-17 (upto

At present, enough raw material is available in Rajasthan for Ceramic and Glass industry, for giving pace to this industrial sector, RIICO has allotted, 2,54,855 sq.m. land to ceramics & glass units in Ghiloth near Neemrana. RIICO has also established a special industrial area for ceramic & glass sector at Sathana, Ajmer.

“VASTRA – An International Textile and Apparel Fair 2016” (VASTRA-2016) was organized by RIICO in collaboration with FICCI from 20th to 23rd October, 2016 at Jaipur.

As per declaration of Rajasthan Startup Policy, to promote entrepreneurship through startups in the State, the corporation has organized mini start-ups fests at Udaipur and Kota. Financial assistance to 9 proposals amounting to `77.20 lakh has been

year. The IIP is the leading Indicator for industrial performance in the State, compiled on a monthly basis. The IIP series (Base 2004-05) is based on 294 items / product groups aggregated into three broad groups of Manufacturing, Mining and Electricity. Overall industrial performance as per IIP from the calendar year 2012 to 2015 is given in table

During current financial year, a total to 61.17 lakh matric tonnes of crude oil has been produced from Barmer- Sanchore Basin by Cairn India Limited and approximately 480.47 MMSCM Natural Gas has been produced from Jaisalmer & Barmer Sanchore Basin by focus Energy, ONGCL and Oil India Limited. The State Government had sanctioned 11 Petroleum Mining Leases for exploitation of Crude Oil, Heavy Oil and Natural Gas and has granted Petroleum Exploration Licenses for 21 Blocks. Out of it, exploration is underway in 12 Blocks and 9 blocks are under relinquishment.

Commercial Production of crude oil had been commenced from Mangla Field on 29th August, 2009 and at present 1,65,000 – 1,70,000 barrels of oil per day is being produced from Mangla, Bhagyam , Aishwarya , Saraswati &