Climate is a major determinant of forest types and on a broad sense; rainfall is major factor though temperature, soil, topography etc., play a dominant role. 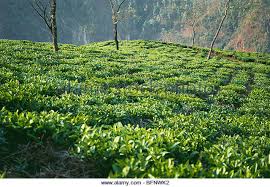 On the other hand, forests exert a great influence on the climate of a country by retaining moisture in the atmosphere. They prevent rapid run-off, by promoting percolation of rainwater. Water that percolates into the soil helps to maintain the dry weather flow of rivers in regions of deficient rainfall and helps to conserve moisture in the soil.

In West Bengal, the total forested area is somewhat above 12,000 sq. kilometres which, is a little less than 14 percent of the total area of the State. Some of this forested area is intersected by broad rivers. So leaving the space occupied by rivers makes actual forest cover is only 11 percent. Again, this is not evenly distributed but concentrated in different areas, one in the mountains and foothills of North Bengal, one in the plateau fringe and the third one in the southern part of the State i.e. in the Sundarbans. In the rest of the State, the natural vegetation has been completely destroyed or altered by human agency.

Four types of forests exist in the State, these are :

These types of forests are mainly related to altitude and aspect and are concentrated in Darjiling and Jalpaiguri districts. Here between 1000 to 1500 metres, subtropical forests are found, while temperate forests occur between 1500 to 3000 metres which contain some verities of oaks and conifers. Above 3000 metres, silver fir is very common. Higher up are Alpine meadows, small bushes and flowering plants. Thus it is noticed that the changes of vegetation that occur with increasing altitude in the Himalaya are similar to the changes that take place, as one travels from the tropics to the poles.

Again, the humid montane region of the northern slope of the Darjiling Himalaya is characterized by montane wet temperate forest and many other temperate flora.

Tropical moist evergreen forests occur in the terai regions of Darjiling, Jalpaiguri and Koch Bihar. Sal (Shorea robusta) is the most common species grown here though other types of trees such as Champa (Michelia champaea), Chilauni (Schima wallichii), Khair (Acacia catechu), Gamar (Gmelina arborea) are less frequently found. Bamboo is also common here. Like any other tropical rain forest, it is also very dense and there is much undergrowth of shrubs and bushes. Some of the dense forests of West Bengal occur here.

(iii) The deciduous forests of the plateau fringe

The dry deciduous forests of the plateau fringe mainly occur in Medinipur, Bankura, Puruliya, Barddhaman and Birbhum districts. This forest mainly bears Sal which is different from the Sal bearing forest of the northern region in size, undergrowth and other aspects. Here the dry Sal forest have been mostly kept as coppiced fuel jungle in which other fire-resistant varieties such as Palash (Butea forndosa), Mahua (Bassia latifolia) etc. are also grown. There is also marked dominance of scrubs and thorny bushes. The tropical moist deciduous forest occurs in the western part of Medinipur, west of Subarnarekha River.

(iv) The tidal forests of Sundarbans

The tidal forests are localized in the Sundarbans. Here the forests consist of the trees of evergreen species of shrubs and plains. Tidal mangrove swamps of low height occur along the coast. The trees are peculiar to the tidal swamps and can thrive well in coastal saline soil. They are characterized by their peculiar root developments which can be seen above the soil when the tide water recedes.

Another type of feature in these plants is that some plants germinate from, their seeds while still in the tree. When the plant grows up, it develops a stab like root and when it falls on the ground, stabs attach in the ground. These type of plants are known as viviparous.

Among the trees grown here “Sundri” (Heritiera minor) is very common. It grows- best on the drier lands near the streams where the salinity is moderate. “Golpata” prefers low salinity and grows best on ever moist mud-banks. Other plants which are also found here are “gengwa” (Excecaria agollocha) “hital” (Phonix palmdosa), “baen” (Avicenuia officinalis), ’’bhora” (Rhizophora mueronata) and Kaora (Soumeratia apatata). Besides, there are various types of bushy plants and creepers which can tolerate a considerable degree of salinity. 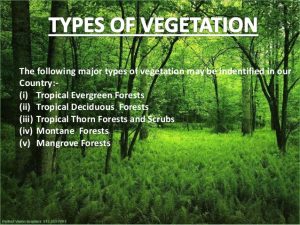