The Rajasthan State Sports Council is a registered institution under the Rajasthan Institution Registration Act, 1958, which is the apex body for the development of sports in the state under the control of the Department of Youth Affairs and Sports in the state. After the establishment, the Sports Council has played an important role in the development of sports of the state in the history of the last 61 years.

The Sports Council also honors sports persons with “Vashishta Puraskar”, which makes sports persons who have brought laurels to the state at national and international level. The award is being conferred from the year 1985-86. Till the year 2018-19, 40 sports coaches have been given this award. In the Guru Vashistha Award, the trainers are currently given Rs. Cash amount of 1 lakh, Brass statue of Guru Vashisht, Blazer with tie and citation are awarded.

The main function of the Council shall be to approve policies and important schemes for the promotion of sports in the state, and the other functions shall be as under: 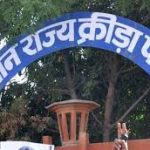 Governor of Rajasthan State Sports Council (PATRON) Governor of the State. The Chief Minister of the State is also the Deputy Patron of the Council. The Chairman of the Council is the Chief Executive. Apart from this, there are countless members of the Council nominated by Vice President, Treasurer and State Government. 6 officers are ex-officio members. Mr. V.G., the first President of the Council Kanetkar was there. With effect from July 11, 2014, the Chairman, Shri J.C. Mahanti (Additional Chief Secretary, Youth Affairs and Sports Department) has been handled.

Sports Administration is also becoming more complex in the present time. Rajasthan State Sports Council is apex body of Sports in Rajasthan and have planned to introduce modern management practices in all the districts.