Government bodies raise money by imposing taxes on citizens and then use those funds to pursue various programs such as education, defence, infrastructure and research and development. A government’s budget describes all of its sources of income and where it spends that income, and budget reform is the process of making changes to how the government collects and spends money.

Governments pursue budget reform for many reasons. If government spending is greater than the amount of money the government takes in with taxes, reform may be necessary to balance the budget and control government debt. Politicians may pursue changes in government spending or taxation to gain favor with their constituents.

Budget reform can have many potential benefits. Reforms can reduce wasteful expenditures and help lessen government deficit, potentially leading to surpluses. A surplus occurs when a government takes in more money than it spends. Budget reform can result in funding for new beneficial programs or increases in funding education, infrastructure or other areas to help certain individuals or organizations. Tax reforms can benefit individuals and businesses if they reduce their tax burden. Cutting taxes can stimulate spending, which can help stimulate economic activity.

Budget reform only describes changing the collection or spending of money, not whether spending or collection goes up or down. Any potential benefit to budget reform can also be a drawback if changes occur in an unfavourable direction. For instance, if the government reforms its budget by cutting spending on education and infrastructure, it could hurt students and those who rely on public infrastructure spending for their jobs. Increases in spending can make governments fall into debt.

Government spending and taxation is controversial, and any budget reform that a government pursues is likely to be viewed as beneficial by some and negatively by others. Budget reforms passed by Congress often reflect a compromise between desires of different political parties.

The parliamentary committee headed by the Congress MP M Veerappa Moily, had been constituted to review the all budgetary reforms. Besides the budget, the committee will also review the disinvestment policy, banking sector in India. 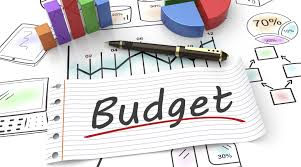 Budgetary Reform in India for 2017

The Union Cabinet had given in principle approval last year for advancement of the date of Budget presentation from the last day of February to a suitable date.

Besides in another reform relating to budgetary process, Union Cabinet had approved merger of Plan and Non Plan classification in Budget and Accounts.

Advancement of the date of Budget presentation Benefits Pave way for early completion of Budget cycle and enable Central Ministries and Departments to ensure better planning and execution of schemes from beginning of financial year. It will also enable Central Ministries and Departments to ensure better utilize the full working seasons including the first quarter of the year. It will preclude the need of appropriation through ‘Vote on Account’. It will enable implementation of legislative changes in tax and laws for new taxation measures from the beginning of financial year.

Merger of Plan and Non Plan classification in Budget and Accounts the Union Cabinet also approved proposal of Union Finance Ministry to do away with the Plan and Non-Plan expenditure classification from 2017-18and replace with ‘capital and receipt’. The relevance of plan and non-plan expenditure was lost after the abolition of the Planning Commission. However Budget will continue earmarking funds for Scheduled Castes Sub-Plan/Tribal Sub-Plan and similarly, the allocations for North Eastern States. Plan/Non-Plan will help in resolving the following issues This distinction of expenditure had led to a fragmented view of resource allocation to various schemes. It had made it difficult to ascertain cost of delivering a service and also to link outlays to outcomes. It had led to bias in favour of Plan expenditure by Centre as well as the State Governments and had neglected essential expenditures on maintenance of assets and other establishment related expenditures to provide essential social services. The merger is expected to provide appropriate budgetary framework that will have focus on the capital and revenue expenditure.