Right to Information is a part of fundamental rights under Article 19(1) of the Constitution. Article 19 (1) says that every citizen has freedom of speech and expression.

Who is responsible: Every government office will have its own PIO(Public Information Officer) who is responsible to accept the request from the public and provide the information within 30 days of their request. A minimum fee is charged from the public. People from BPL(Below PovertyLine) are exempted from paying any fee to seek any information. Also there are APIOs(Assistant Public Information Officers) available in the post offices located in main cities and towns. 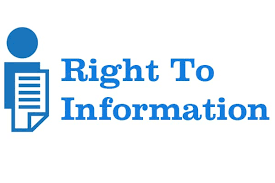 Restriction of Information: There is a restriction in seeking information according to the official secret act 1923 and such information will not be revealed or provided to the citizen of India in the interest of the country’s security. No information pertaining to offices and section dealing with security of the nation which will endanger the national security, security to personnel,. Like the defence, CB CID, BSF,Police etc; However, any issues relating to malfunction or corruption in the department are excluded , and can be sought through this RTI act.

Actions on delay information: The officer is charged Rs. 250 per day as penalty for the delay. He is likely to be charged Rs. 25000 for providing wrong information or for denial of information, and disciplinary action will be initiated against the officer who fails to provide information and if his explanation is not duly justified.

Word limit: There is no word limitation when the act was brought into force. Now the government is thinking to impose restriction on the word limit to 500 words per application.

Right to information act helps the citizen to exercise their fundamental right to get information without any denial from the authorities. It helps the people to get the information pertaining to self relating to the government. It also helps to find out the corrupt functioning of the government and its officials. It keeps a check on government to conduct its business in a very fair manner. This act creates a fear in the minds of government servants to think and work that they are the servants of the people of this nation. Many government scandals have been brought out

to light with the help of this good act.

This Right to Information act has been conceived and delivered in a better shape that will lead India to move forward by reducing corruption in government departments. With this a government servant recognizes and respects the citizen of India and the government fears its people for wrong doings.