Drainage systems, also known as river systems, are the patterns formed by the streams, rivers, and lakes in a particular drainage basin. They are governed by the topography of the land, whether a particular region is dominated by hard or soft rocks, and the gradient of the land.

River system as a Introduction 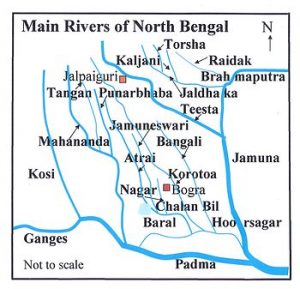