Ethics in private and public relationships

An inadequate way of resolving the problem consists in thinking that public ethics should be an exact equivalent of personal ethics. This is the type of solution that Aristotle gives to our problem. For Aristotle, the ethical perfection of man is developed and expressed completely and thoroughly within the public realm. The polis and its laws tend toward and, in a way, cause the formation of the citizen’s ethical virtues. Hence, the knowledge of what makes the polis good and fair depends on the knowledge of that which makes a good and happy life for the individual: ethical virtues are also criteria and objectives of political laws. The good man and the good citizen are equated, in the sense that the individual, insofar as he is ordered toward his own perfection, is also ordered toward the polis.

Each private and personal relationship has its own irreplaceable value. Each of it has its own unique history, character, and set of implicit and explicit understandings about what is to be expected of the parties to it. The governing factors for ethics in private relationships include individual virtues, universal human values, religion, social norms and law.

The private relations are obviously more intimate than public relations. They are generally inherited, relatively permanent; accommodate more tolerance for imperfections, and are full with expectations of love and affection. In contrast, public relations may or may not be inherited, are often temporary; with people who are different from us or even strangers, are likely to be instrumental, engaged in due to mutual benefits (quid pro quid), full with expectation of respect, and accountability and are guarded.

At times, Public servants play conflicting role due to conflict in private life and public life. The private relationships demand individual’s responsibilities towards the role played in private life such as father, mother, husband, etc. These are self-imposed and voluntary and are backed by sanctions of one’s obligations towards self, family and society since ancient times. For example, in our country, the Dharmashshtras provide moral codes to regulate the private relations. However, in public relationships, the public servant needs to cope with several roles altogether. This includes – role in private life, role in personal and family sphere, role as a professional, role for job, role towards his / her area of jurisdiction, role towards seniors and society / humanity at large. The public service role invokes legal and constitutional obligations, which when violated invite legal sanctions and penalties. Thus, a public servant needs to cope with these different roles which many a times conflict with each other. The question is – how to survive while playing such conflicting roles? The key to this is “personal integrity”. Personal integrity is simply taking a sincere and ethical stand.  It also serves as a building block of public confidence and to establish a trust in society. 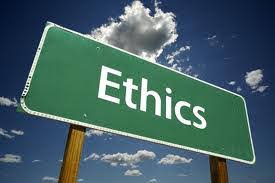 As per Dwight Waldo, there are 12 spheres of ethical claims {means, what they should or ought to do} for a public servant viz. constitution; law; nation; people; democracy; bureaucratic norms; professionalism; family & friends; personal groups; public interest and welfare and religion. Similarly, the OECD countries publish a set of core values to guide public servants. These core values include impartiality, legality, integrity, transparency, efficiency, equality, responsibility and justice. This apart, Nolan, in his famous report of Committee of standards of Public life in Britain gave seven basic principles for public servants viz. Selflessness, Integrity, Objectivity, Accountability, Openness; Honesty and Leadership.

An example of conflict of interests between private and public relationships: American president Bill Clinton case

In writing for the Associated Press, Richard Ostling states that many allies of former President Bill Clinton did not consider Clinton ineffective in spite of his moral sexual failures while in the White House. However, Ostling cites ethicists who contend otherwise: “that there is a necessary linkage between private character and public performance.”  He quotes Richard Mouw of Fuller Seminary as saying, “A leader’s personal “integrity and promise keeping” are especially important in the international arena.”  James B. Nelson of the United Theological Seminary also links private ethics with public influence and ethical leadership: “Clinton’s deeds are clearly a public matter because they produce “disillusionment, further erosion of trust in officials, and dreadful distractions from pressing matters of public business.”

However, not all ethicists or theologians share their view. The Reverend Joan Campbell of the National Counsel of Churches comments, “The private lives of our public leaders are best left private or we will have none allowed to lead.”  Still another ethicist, Don Welch of Vanderbilt University law school adds what appears to be a middle ground, “If an employer is involved sexually with a private citizen outside the workplace, he says, “arguably that’s none of our business.” On the other hand, he says, sex with a subordinate that occurs at the office becomes a public matter”.

However, is this truly a middle ground or simply a compromise based on situational ethics? If that private citizen is not his or her spouse and this employer is a high profile public figure that is head of a university, charitable organization, or influential corporation, does that change the argument? On what basis does the matter become the business of public ethics? What is the line between a private issue and a scandal? When does this sexual involvement cross the ethical line?   Any number of variables could be added to the situation concerning an employer and his or her sexual encounters. For example, is the employer married or single? However, without a moral base from which to distill an ethical judgment, morality becomes moot if approached from a situational stance.